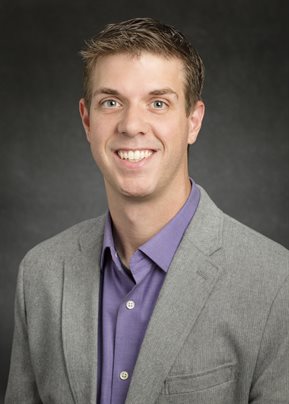 Illinois Physics Professor Bryce Gadway has been selected for the 2017 U.S. Air Force Young Investigator Research Program. Gadway is among 43 early-career scientists and engineers nationwide to receive this three-year award of $450,000. U.S. Air Force Young Investigators are selected based on demonstrated exceptional ability and promise for conducting basic research in scientific and engineering areas identified as strategic to the US Air Force mission.

Gadway is an atomic, molecular, and optical (AMO) experimentalist, who has developed novel quantum simulation techniques for probing electronic transport in condensed matter systems. Quantum-simulation is an approach to gaining insight into the behavior of complex systems by emulating them with an ideal, model setup. Gadway’s group uses finely tuned lasers to trap ultracold atoms about a billion times colder than room temperature, creating a momentum-space lattice that replicates the properties and behaviors of electronic transport in real materials. AMO experimentation allows greater control over experimental parameters than could be achieved in real materials: these simulated materials are without defect, and individual variables can be finely tuned.

This award will support a new direction in Gadway’s AMO research: he will be looking at the underlying dynamics of emergent phenomena that arise in complex systems of many interacting quantum particles.  In other work, Gadway and his team have demonstrated the effectiveness of their unique “bottom-up approach” to Hamiltonian engineering, through novel explorations into topological and disordered lattice systems. In this new work, Gadway’s team will refine their approach and study the role of strong interactions in topological and disordered atomic fluids.

Gadway received a bachelor’s degree in physics from Colgate University in 2007 and a doctoral degree in physics from Stony Brook University in 2012. He was a National Research Council postdoctoral research fellow, completing his postdoctoral work at JILA in Boulder, CO, before joining the faculty at Illinois Physics in 2014. He is the recipient of Stony Brook University’s President’s Award to Distinguished Doctoral Students (2013) and of the American Physical Society’s Leroy Apker Award (2007).