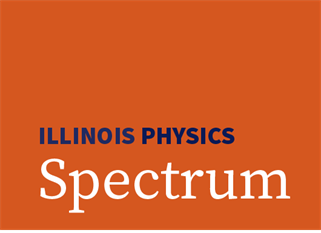 My work focuses on studying the smallest bits of matter—quarks and gluons—at the most extreme temperatures and densities known to humanity. By colliding two specks of gold at 99.9999 percent of the speed of light, we are able to produce a tiny droplet of the primordial liquid called the quark-gluon plasma that existed microseconds after the big bang. These collisions reach the highest temperatures ever produced on Earth and are well described by relativistic viscous fluid dynamics. Unlike the plasma found in the Sun, which carries only electric charge, the quark-gluon plasma is made up of quarks that carry three different charges: baryon number, electric charge, and strangeness. My group performs large-scale simulations of how the quark-gluon plasma flows like an extremely tiny droplet of fluid. Using these simulations and making direct comparisons to experimental data from heavy-ion experiments, we are able to look for new phases of matter. Specifically, we are searching for the critical point of the strong force, which may be possible to locate using low-energy heavy-ion collisions.

The other thrust of my research focuses on the study of the interior of neutron stars. At a neutron star’s very core, it may be possible to squeeze matter to such extreme densities that quarks become the relevant degrees of freedom. This state of matter would look very different from the quark-gluon plasma found in heavy-ion collisions, because it would appear at much lower temperatures and much higher densities. I am interested in finding observable signatures of quark matter in the core of neutron stars and finding connections between heavy-ion experiments and neutron star mergers.

Research in the Noronha-Hostler lab is supported by the U.S. Department of Energy, Office of Science, Nuclear Science Grant No. DESC002063 and by the National Science Foundation’s support of the MUSES collaboration under grant no. OAC-2103680, and by an Alfred P. Sloan Foundation Research Fellowship. The findings presented are those of the researcher and not necessarily those of the funding agencies. 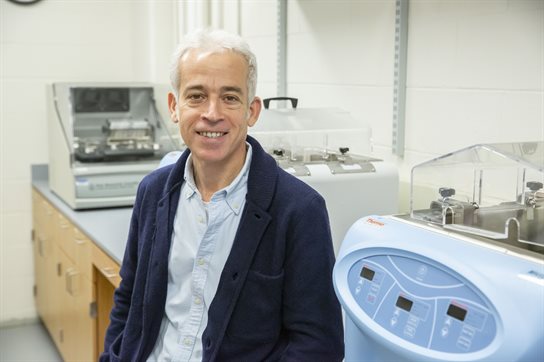 How do viruses decide the fate of an infected cell? This is one of the central questions my lab pursues. Upon infection of a living cell, viruses often make a choice between one of two routes: rampant reproduction, ending with the death of the host and the release of many new viral particles; or dormancy, in which the infected cell survives with the latent virus hiding inside, ready to awaken at a later time. The “algorithm” that each virus uses for making this life-or-death decision is encoded in its tiny genome, but deciphering how these algorithms work has proven elusive. Individual infected cells, even if they appear completely identical, may nevertheless undergo different fates following infection. Consequently, we cannot predict for a given infection event whether the outcome will be cell death or viral dormancy.

To elucidate the origin of these cell-to-cell differences, we devise microscopy experiments where we follow individual viruses and cells during infection. To interpret our observations, we use theoretical methods inspired by statistical physics

, whereby the molecular randomness of the biophysical processes underlying infection is taken into consideration. These theoretical models allow us to predict not just the average behavior of cells within a population, but also the degree to which individual cells will differ from each other in the outcome of infection.

Viral decision-making is just one of countless examples of the astonishing ingenuity of evolution. By both constraining and enabling evolutionary progression, the laws of physics drive the organization of molecules into cells, of cells into organisms, and of organisms into communities. After spending centuries tackling the behavior of inanimate matter, it is time for physicists to turn our full attention to understanding life, the ultimate physical phenomenon.

Work in the Golding lab is supported by the National Institutes of Health, Grant No. R35-GM140709. The findings presented are those of the researcher and not necessarily those of the funding agencies.

I am a condensed matter experimentalist who develops new measurement techniques based on light-matter interaction to understand, exploit, and control the remarkable emergent properties of quantum materials. These emergent properties are governed by collective behavior and interactions that tend to occur over short time scales (a few picoseconds or less) or at low energy scales of a few meV (≈ THz range frequencies). This necessitates developing tools that can probe such phenomena at their intrinsic time and energy scales.

My group develops these “ultrafast” spectroscopic tools, such as time-resolved photoemission and time-domain THz spectroscopy, to examine light-matter interaction in materials over a wide part of the electromagnetic spectrum, ranging from sub-terahertz (THz) to extreme ultraviolet light. Using these tools, we probe the underlying collective rules governing macroscopic quantum behavior with the goal of engineering this behavior to sustain emergent properties, such as superconductivity, interacting topological phases, and fractional particles, at much higher temperatures than is currently possible.

A few of our ongoing research projects include understanding the interplay between topological Weyl physics and correlations in the charge-density wave material (TaSe4)2I; using Floquet engineering to modify the electronic band structure of the magnetic topological insulator MnBi2Te4; and resolving the THz-scale dynamics of spin quasiparticles in antiferromagnetic materials. Additionally, we are currently pioneering the extension of THz- and photoemission-based tools to a new “multidimensional” regime in which pairs of entangled photons or electrons are used to explicitly measure previously inaccessible two-particle spectral functions and higher-order susceptibilities. We will use this approach to solve some of the most fundamental problems in condensed matter physics, such as direct detection of fractional particles known as spinons, the Cooper-pair structure of unconventional superconductors, and the nature of electronic correlations in strange metals.

In the Mahmood group, work on Weyl-CDW is supported by the Center for Quantum Sensing and Quantum Materials, an Energy Frontier Research Center funded by the U. S. Department of Energy, Office of Science, Basic Energy Sciences, under Award DE-SC0021238. The work on antiferromagnetic topological materials is supported by the National Science Foundation MRSEC program under NSF Grant No. DMR1720633.  The findings presented are those of the researcher and not necessarily those of the funding agencies. 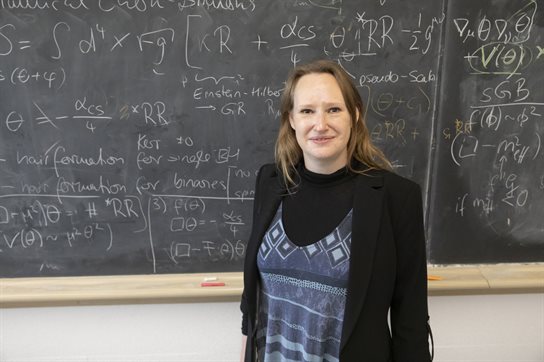 Once upon a time, in a far-away small town where the night sky is so clear that one can see the faintest stars, there was a young girl. She was so full of energy that her parents could think of no better way to make her sleepy than to show her the stellar constellations on long evening walks, which sparked her curiosity about the wonders of the universe. This excitement stayed with the girl, and she grew up to become a “gravity detective.” As you may have guessed, this girl was me, and nowadays, my research employs black holes and the gravitational waves they emit during their cosmic dance to solve long-standing mysteries in fundamental physics. This has become possible with the first breakthrough detection of gravitational waves in 2015 and more than 90 events since then. It is fair to say that we have now entered an era of precision gravitational physics.

In my group, we perform high-performance computing simulations of colliding black holes and their gravitational wave emissions, which aid in the identification and interpretation of a detected signal. We are developing the open-source Canuda code for numerical relativity, which enables us to investigate the interaction between black holes and new ultra-light particles that are popular dark matter candidates and that cannot be probed with particle colliders. We design new investigative tools to probe the very nature of gravity in its nonlinear, strong-field regime, which unfolds during the collision of black holes, by computing the gravitational radiation in extensions of Einstein’s general relativity. These extensions are motivated by quantum gravity paradigms, such as string theory. We have discovered new nonlinear phenomena that will enable us to probe for—or constrain—such extensions.

On a global level, I am the co-PI of the Einstein Toolkit, an open-source software infrastructure for computational astrophysics with more than 340 members from 43 countries. I am also playing a leadership role in the Laser Interferometer Space Antenna (LISA) mission designed by ESA and NASA. LISA will be a space-born detector listening to gravitational waves from entirely new sources, such as supermassive black holes at the center of galaxies, extreme mass-ratio inspirals, stochastic “background” signals from inflation, or condensates of ultralight bosons around black holes. My group is making the theoretical predictions necessary to interpret these upcoming measurements.

Work in the Witek group is supported by the National Science Foundation, Grant Nos. OACâ€‘2004879 and PHY-2110416; and by the Royal Society UK Research Grant RGF\R1\180073. The findings presented are those of the researcher and not necessarily those of the funding agencies.